How to Join the Johnson County Medical Society

Online: Go to www.iowamedical.org. In the box at the top of the home page, click on Join IMS. Complete the electronic form, clicking “Johnson” in the county section. To pay, include your credit card number or checking account information.

On Paper: Contact JCMS Executive Secretary Mona Peterschmidt (319-545-8168 or e-mail mpetersc@southslope.net) to request an application packet. Complete the one-page form in the packet and mail it to the Iowa Medical Society at the address provided. (IMS returns local dues to JCMS.)

Physicians in Johnson County are eligible for local, state and national membership: 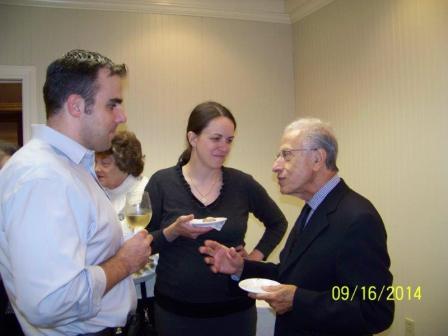 Johnson County Medical Society at the local level is the county group. Membership conveys the right to vote and attend all general dinner meetings and social events. Spouse members of the Johnson County Medical Society Alliance attend meetings free with a JCMS member. The current schedule includes several general meetings and two social events each year. There are no meetings during June, July and August.)

Iowa Medical Society membership is the state level of involvement. (For UIHC faculty members, this is the only level automatically paid by the UIHC.) For details, go to www.iowamedical.org.

American Medical Association membership is the national level of involvement. For information, go to www.ama-assn.org.

These member categories are defined in JCMS bylaws:

Life Member. This status is conferred by JCMS member vote. To be eligible, physicians need to have been licensed for fifty years and paid JCMS members for the last fifteen consecutive years. No dues.

Emeritus Member. This status is also conferred by JCMS member vote for those physicians who have retired or suffered incapacitation such that dues payment is a hardship. No dues.

Honorary Member. Such status is conferred by JCMS member vote to nominated persons. No dues.